Will 'Conserved Areas' increase recognition and support for ICCAs?
In November 2017, PARKS published a paper by Harry Jonas, Emma Lee, Holly Jonas, Clara Matallana, Kim Sander Wright, Fred Nelson and Eli Enns entitled: ‘Will OECMs increase recognition and support for ICCAs?‘ It explores the conditions under which ‘other effective area-based conservation measures’ (conserved ares) will help Indigenous peoples and local communities who want recognition of the biodiversity contribution of their territories and areas.

By way of background, in 2014 a number of the same authors asked why there was no guidance on the term ‘other effective area-based conservation measures’ which is found in the Convention on Biological Diversity’s strategic Plan under Aichi Biodiversity Target 11. In response, a Task Force was established by the IUCN World Commission on Protected Areas which has been working for two years to develop technical Guidelines on the concept. Now, as we near the finalisation of the Guidelines, the authors explored the linkages and synergies between ‘conserved areas’ as a legal and policy framework and territories and areas governed by Indigenous peoples and local communities. This is an edited version of the paper’s conclusion.

“Protected areas are one important means by which many ICCAs can gain greater recognition for their contributions to conservation, subject to important caveats. The ongoing process of international and (sub-)national reform of protected areas law and policy – including recognising Indigenous peoples’ and communities’ rights and governance capacities – has the potential to increase the number of ICCAs whose governing authorities propose or consent to such recognition.

In parallel, mindful crafting of international and (sub-)national guidelines, laws and institutional arrangements on OECMs and their rights-based implementation may represent an important new inflection point in the evolution of conservation policy and practice. It may also lead to the improved recognition of conservation contributions of Indigenous peoples and local communities and increase support for the biodiversity that exists – whether thriving or under threat – outside protected areas. Recognition of particular ICCAs as OECMs may also provide increased security and visibility and lead to greater recognition and support for the territory or area, though this is subject to government agencies and private actors providing ‘teeth’ to this designation. A progressive approach to OECMs may also lead, in some instances, to a form of ‘restorative ecology’, whereby recognising and supporting individual ICCAs as OECMs catalyses a healing and transformative process for all parties involved.*

In making the case for the development of technical guidelines on OECMs, Jonas et al. (2014) invoked the Inaugural Poem by Maya Angelou to make the point that international law and policy can, under the right circumstances, offer “space to place new steps of change” (Angelou, 1993). In this context, the advent of OECMs provides a new means of recognising – among other things – very old forms of conservation; namely, those occurring as the outcome of Indigenous peoples’ and local communities’ relationships with their territories and areas. An increase in the appropriate recognition of these previously under-appreciated systems will have many potential benefits for their governance authorities and broader communities, and the biodiversity within them. The question is, in which direction will things develop under this ‘new’ initiative?

[* ‘Restorative justice’ is a system of criminal justice that focuses on the rehabilitation of offenders through reconciliation with victims and the community at large. In the same vein, ’restorative ecology’ may be one way to describe forms of ecology that encapsulate forms of restitution and reconciliation between various rights-holders and stakeholders.]

Customary Use and Conservation 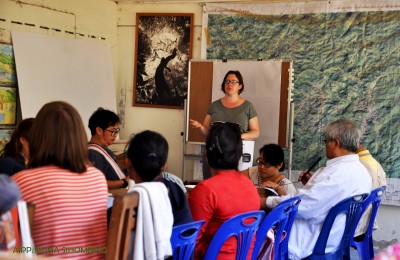 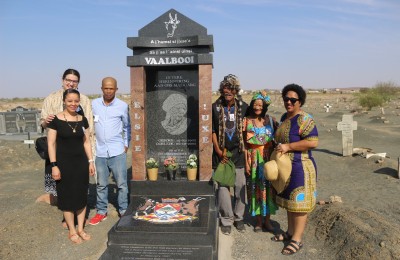