West Coast fishing communities in South Africa face the threat of arrest if they are caught fishing without a permit. Yet, the fishing permitting allocation system benefits the commercial companies at the cost of small-scale customary fishing communities. Natural Justice defended one such person after his arrest. He is an outspoken activist challenging the unfair permitting system and advocating for his community’s access to their customary food source.

Human Rights Defenders across Africa are increasingly being criminalised, intimidated, harassed and, in some cases, even murdered for standing up to companies, corporations, extractive industries and governments who are exploiting natural resources, eroding land and customary rights and threatening local livelihoods.

Corruption and the lack of transparency and accountability in the extractives and development sectors has meant that for decades, the exploitation of natural resources and the development of polluting industries has been possible at an alarming rate, resulting in displacements, pollution and conflicts. Indigenous and local communities are at the frontline of struggles to protect the communities and the environment in which they live. The conflicts have been exacerbated as demand for natural resources increases in expanding economies, while simultaneously, communities are faced with uncertain futures as climate change impacts threaten their local environment. Where there are conflicts, Human Rights Defenders are targeted for their activism, and those working in defence of land, environmental or indigenous peoples’ rights are the most vulnerable.

Nonetheless, since 1998, an estimated 3,500 human rights defenders have been killed because of their peaceful work defending the rights of others. In 2017 alone, at least 312 human rights defenders were murdered, 67 percent of whom were working in defence of land and territories in the context of large investments, extractive industries and big business. For women defenders and other marginalized groups, the risks are even more acute.

In response, Natural Justice has been supporting activists in the communities we work in. In 2018, we started the process of launching the Human Rights Defenders and Strategic Litigation Fund which will support activists from indigenous and local communities who are at the frontline in their struggles for recognition, land and fundamental human rights.

In many ways, indigenous communities are the last line of defence to protect the world’s biodiversity. However, they remain vulnerable to attacks and often do not have the financial means to ensure they remain safe and free from risks.

The Fund will ensure that the support of Human Rights Defenders is prioritised and that Natural Justice can proceed with strategic litigation without having to depend on funding cycles. This rapid response will ensure that the lives, bodily autonomy, free movement and dignity of Human Rights Defenders are protected as an immediate need, while the Strategic Litigation Fund will be used for both urgent cases and longer term cases supporting efforts to challenge the erosion of their land and environmental rights. The Fund will also be used in order to provide risks assessments, security training and provide the networks and support for Human Rights Defenders. 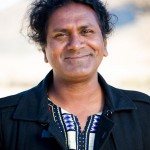 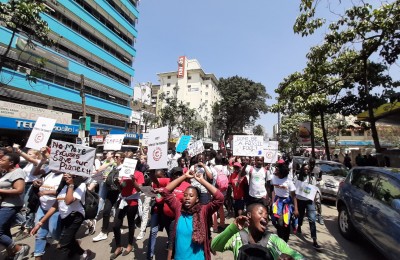 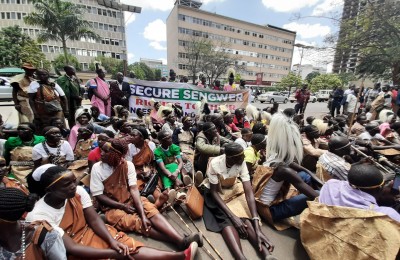 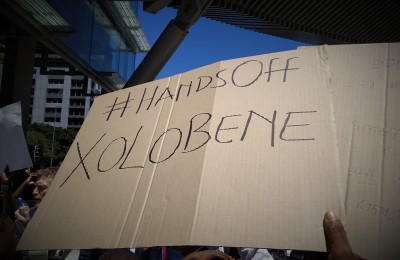