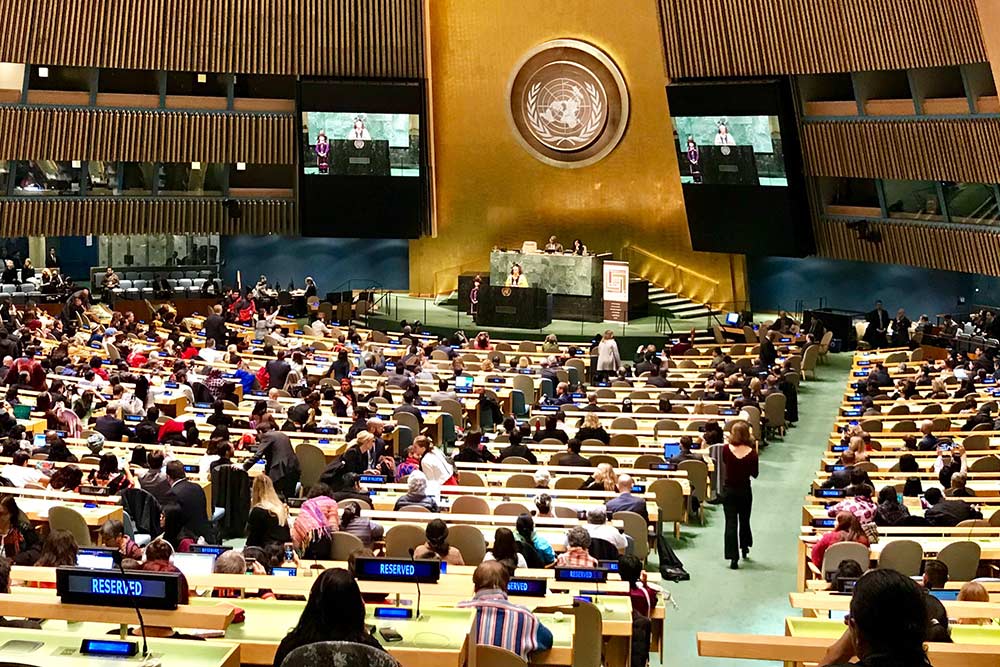 Permanent Forum on Indigenous Issues calls for its annual Expert Group Meeting to focus on conservation and the rights of indigenous peoples.

The relationship between the conservation sector and indigenous peoples has been difficult and conflict-ridden for more than a century, when indigenous peoples were first expelled from their traditional lands in the name of conservation. The human rights abuses, which have occurred since, have over the last few years been increasingly recognized, including by a special report by the current Special Rapporteur on the Rights of Indigenous Peoples Vicky Tauli-Corpuz, calling on the conservation sector to improve its practices according to international human rights standards.

During this year’s Permanent Forum, which took place from 16-27 April in New York, this matter received additional attention through a number of events and interventions made. Natural Justice, jointly with the Forest Peoples Programme (FPP), Swedbio and the Convention on Biological Diversity, organized a side event on Human Rights, Indigenous Peoples and Conservation. Natural Justice, jointly with FPP, Swedbio and the Sengwer Indigenous Peoples Programme also made a joint statement on: the Strengthening of Accountability and Redress Mechanisms for Indigenous Peoples in the Context of Conservation Policies and Practices.

Beyond this, Forum Members Elifuraha Laltaika and Briane Keane held a dialogue on Conservation and Indigenous Peoples during which they received further input for the 2018 Forum recommendations. In this context, one of three draft decisions that the Forum sent to the Economic and Social Council for adoption this year was to authorize a three day international expert group meeting on the theme: Conservation and the rights of indigenous peoples”. The Expert Group Meeting will take place in 2019.