This question, often referred to as the question of temporal scope, is of key importance. GRs and TK have already been and are currently being accessed on a large scale. It is entirely possible to access GRs and TK prior to the entry into force of the Nagoya Protocol, but for the use of these same GRs and TK to take place after the treaty has entered into force. Thus, if the position is taken that access of GRs or TK is what triggers ABS obligations, on-going or new utilisation of resources that have been accessed prior to the Nagoya Protocol’s entering into force and are now outside their natural habitat would be excluded from the scope of national or regional regulations implementing the Nagoya Protocol. In such cases, a large number of GRs found in local markets, international trade fairs, private collections and gene banks or botanical gardens would be freely usable, without triggering any ABS obligations after the Nagoya Protocol comes into force. 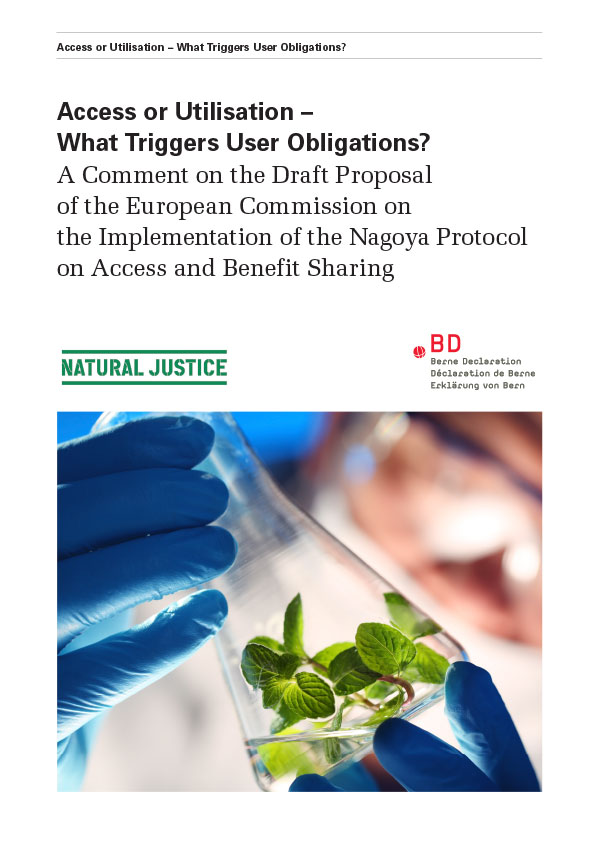 SUBMISSION OF COMMENTS TO THE ENVIRONMENTAL IMPACT ASSESSMENT STUDY REPORT FOR THE PROPOSED SALT WORKS IN A SECTION OF LAND PARCEL L.R. NO. 13536, MARERENI, KILIFI COUNTY 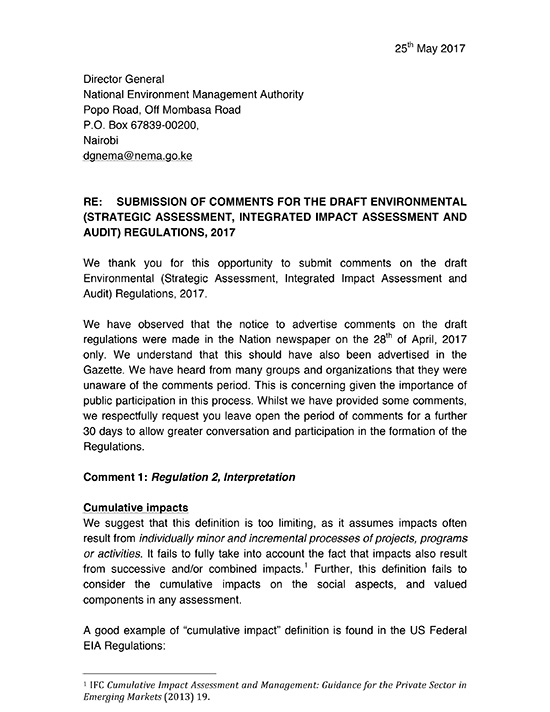 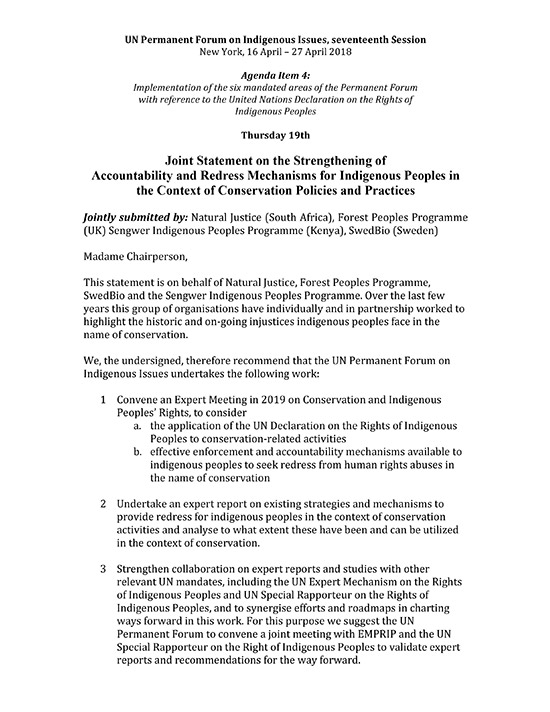 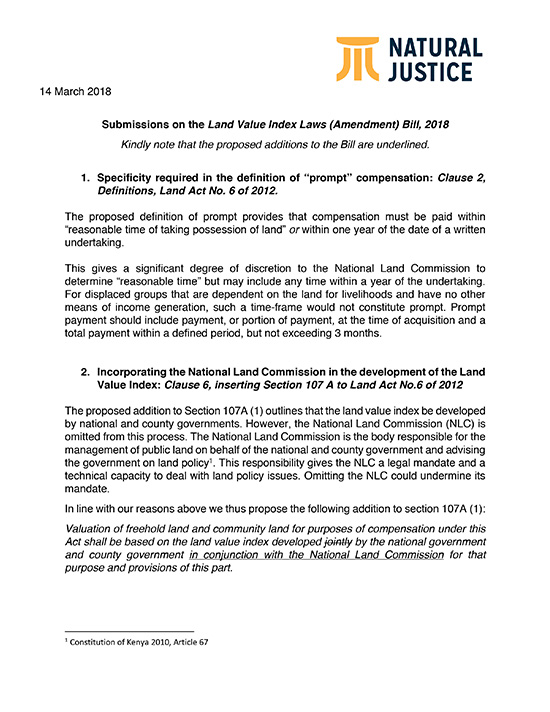 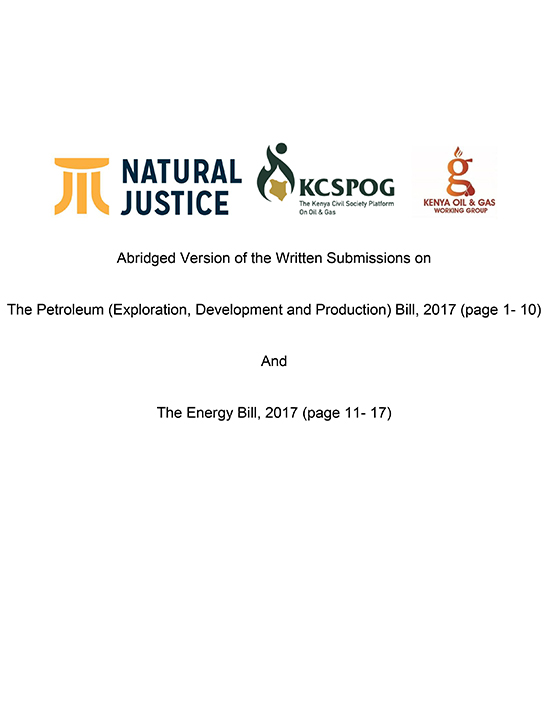 Written submissions on The Petroleum Bill and The Energy Bill, 2017 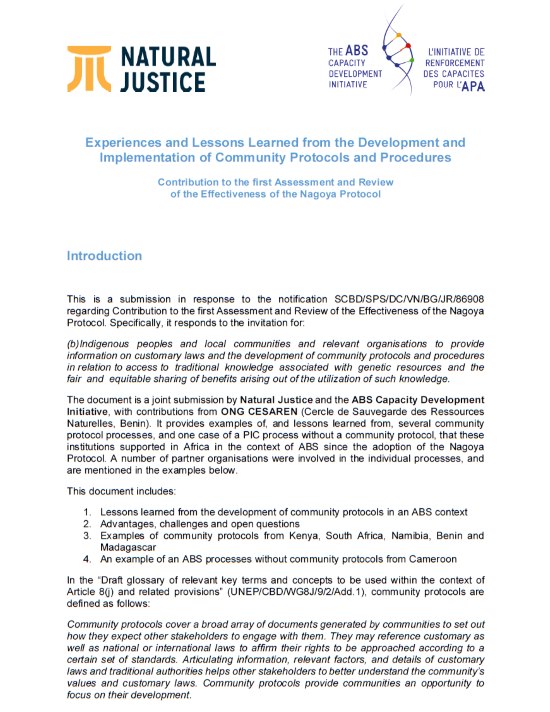 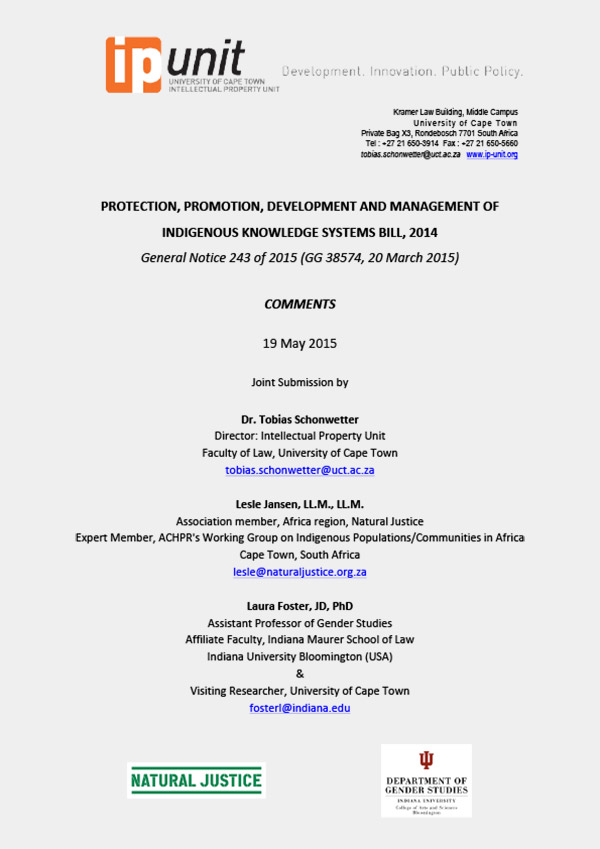 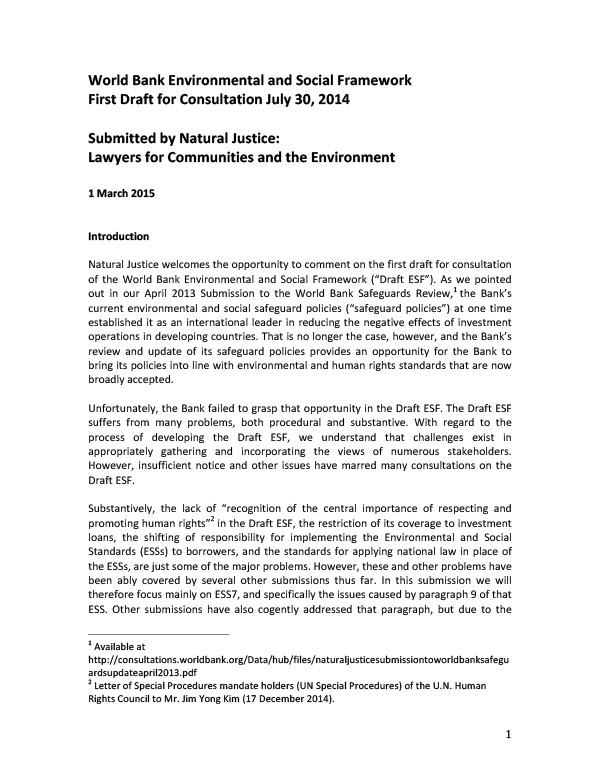 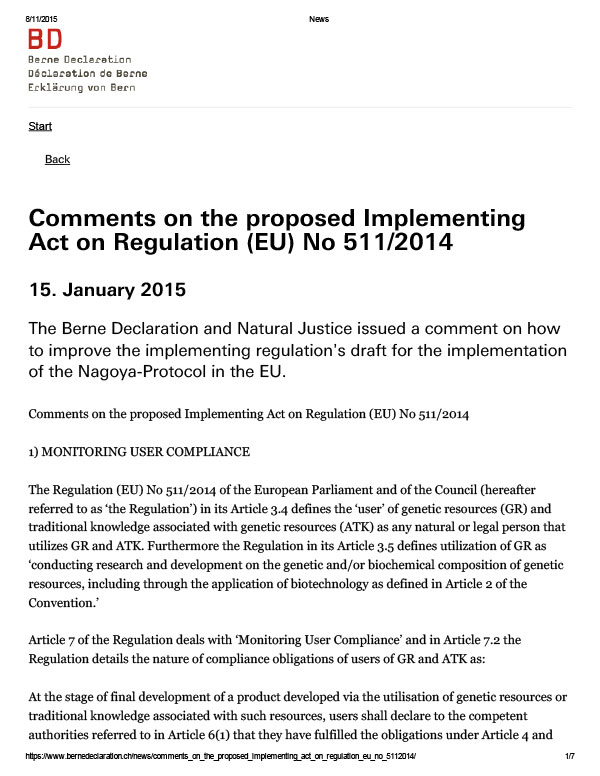 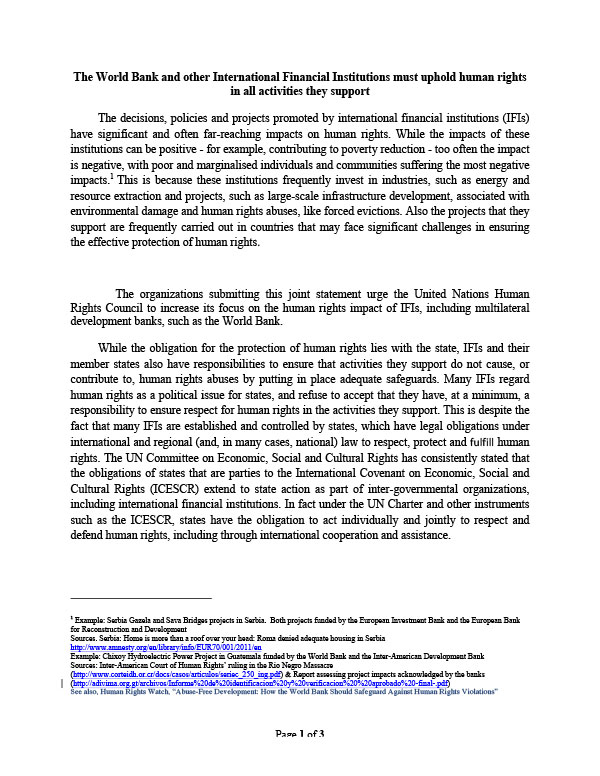 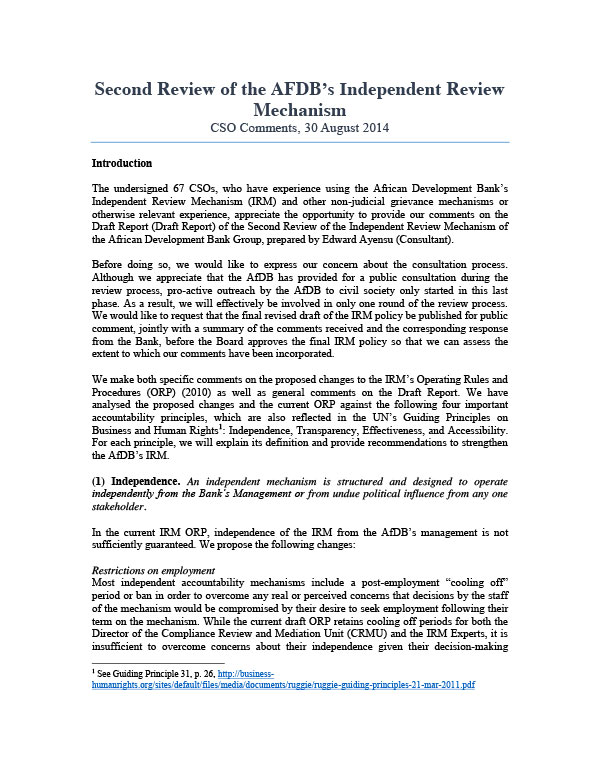 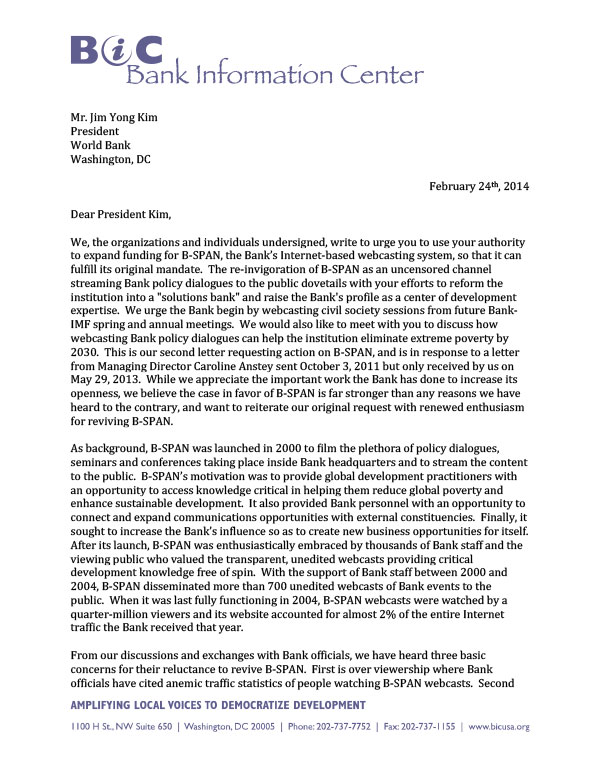 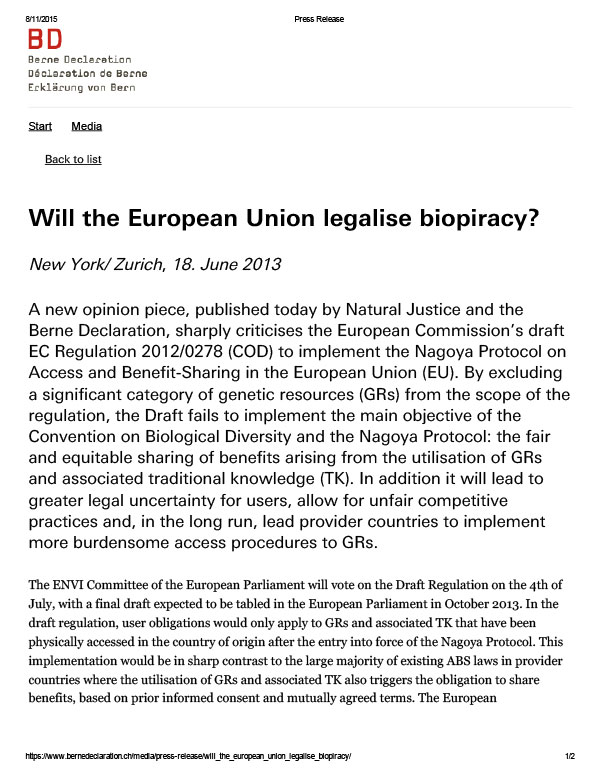 Will the European Union legalise biopiracy? 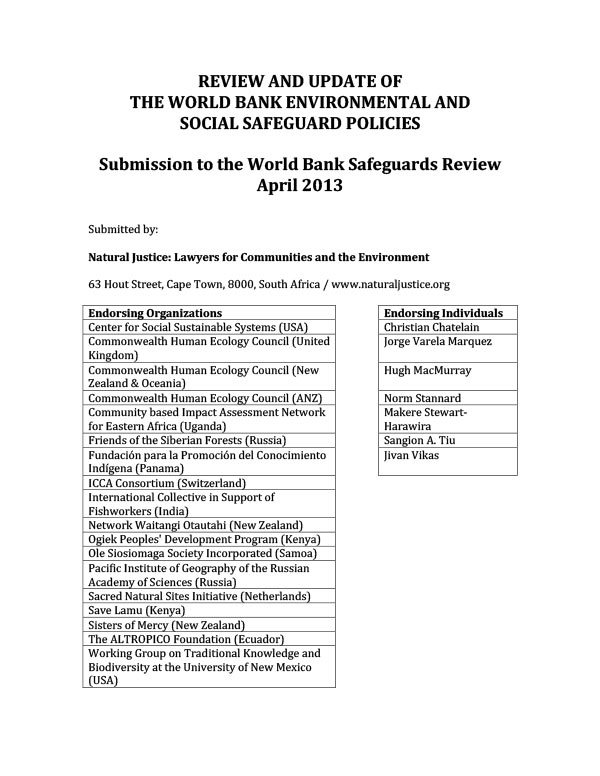 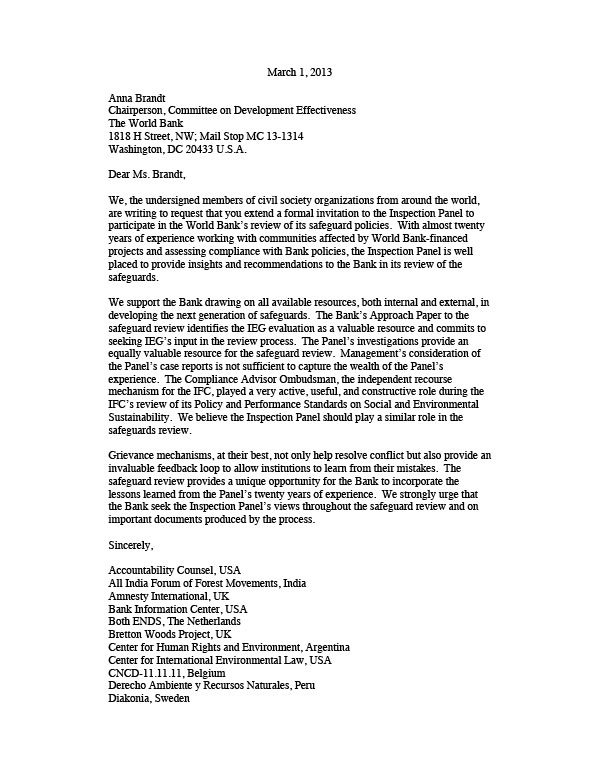 Request to World Bank to invite Inspection Panel to participate in the World Bank’s review of its safeguard policies
STAY CONNECTED! SIGN UP HERE >>.
POWERED BY THINKTEAM
We use cookies to ensure that we give you the best experience on our website. If you continue to use this site we will assume that you give your consent for this.OkRead more