Echoes from Madagascar: a step forward for local communities in the defence of human and environmental rights

From 30 August to 3 September 2021, the Natural Justice team organised activities benefiting local community defenders of human and environmental rights in Madagascar. Fifteen representatives of local communities, paralegals and Civil Society Organisations (CSOs) from 8 regions of the island participated in two activities: a legal empowerment session, and an advocacy and communication campaigning session. These representatives were specifically chosen because of their active involvement in finding solutions for the cases affecting their human and environmental rights.

Such activities are timely in a context where the situation of environmental and human rights defenders (EHRD) is difficult. Indeed, local communities that take part in actions for the protection of their territory and natural resources can put their lives and human rights at risk.

Since the covid-19 pandemic, there has been a gradual increase in the number of cases of rights violations encountered by defenders – either individually or collectively. Homicides, arbitrary detentions, threats and pressure, discrimination and other forms of abuse continue to undermine defenders’ living conditions and their ability to protect themselves.

Cases of illicit exploitation of natural resources have increased and defenders are finding it increasingly difficult to enforce the law. A lack of knowledge of the law hinders defenders’ ability to take effective action to protect their rights. Their lack of knowledge of existing criminal procedures sometimes leads them to make mistakes that result in their arrest and prosecution. Furthermore, communities are reluctant to denounce the existence rights violations as long as they feel unsafe, both physically and digitally.

The first activity organised for the defenders was a legal empowerment session. This session focused on more effective protection of their rights. The defenders were introduced to the legal standards and procedures. The legal empowerment session was organised as a joint initiative between Natural Justice and TAFO MIHAAVO (a network of local communities managing natural resources) in collaboration with the Ministry of Environment and Sustainable Development (MESD).

Over a three-day period, two trainers from the MESD and one trainer from the National Office for Environment (NOE) trained local community representatives on the practice of law in the management and exploitation of renewable natural resources. The focus was on the general principles they need to master relating to the exploitation of natural resources, the extent of their involvement in the processes related to the social and environmental obligations of natural resource operators and the use of existing procedures to ensure denunciations and prosecutions in the event of environmental infractions.

The direct exchanges between the trainers and the defenders helped to shed light on certain grey areas, share experiences and strengthen the defenders’ skills through practical exercises. In addition, the training sessions helped to familiarise the defenders with the procedures in place within the administration.

Photo : a trainer explaining the denunciation procedure © Stefana A. Raharijaona

On the fourth day, the defenders received training on the importance of physical security. This training was given so that the defenders could counter risks that could affect them. They also attended the presentation of an environmental whistleblowing application that is still in its pilot phase. This application, developed by the start-up, GLOBY, aroused the defenders’ interest because it allows them to report environmental offences even without an internet connection – and also to launch SOS alerts.

To close the training session, the Secretary General of the MESD handed out training certificates to the participants and called for the use of the knowledge acquired, for the common good of all.

A message from environmental defenders to the authorities and the public

The last day of the workshop was devoted to an advocacy and communication activity to raise awareness among the public and authorities on the situation of environmental defenders. It was opened with a sharing session on the current draft of law on the protection of human rights defenders in Madagascar. Defenders were informed about the latest developments in the draft law, including some of the content that directly concerns their protection. The rest of the morning served to identify the key points of the message that defenders wish to highlight, particularly the sensitive issues concerning rights violations – which lack visibility.

The defenders addressed their message to the authorities and the public through a press conference held on the afternoon of 3 September 2021. The defenders and CSOs represented began by recalling the importance of their collaboration with the State and called for it to be strengthened for the well-being of future generations. According to the participants, the legal empowerment offered by trainers from the State is a good illustration of this collaboration; and will hopefully lead to industries and people who are undertaking illegal activities in extracting resources, to respect the law.

However, rights violations continue to plague defenders. They asked for the public to consider the abuses committed against them: homicides, arbitrary detention, defamation, the existence of damage resulting from the negative impacts of exploitation projects, poor application of the law, the despoiling of local communities’ land, etc.

The last day of activity was concluded by sharing information on the African Environmental Defenders Fund (https://envirodefenders.africa/), which provides financial support to defenders facing emergency situations.

“The activities that were organised satisfied my curiosity, especially the exchanges between the trainers and the participants. I would have liked the activities to have lasted longer because I noticed that some participants still had a lot to ask”. Community paralegal

“The trainings were really beneficial. We should continue this kind of activity in the future”. Community Paralegal 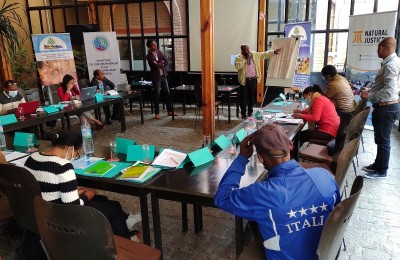 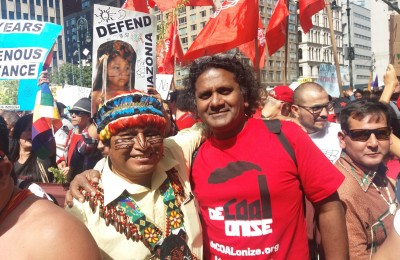 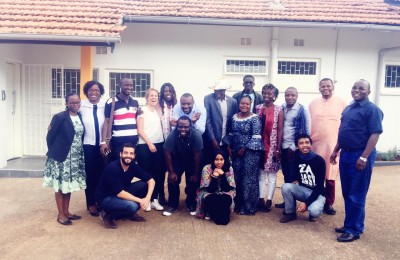 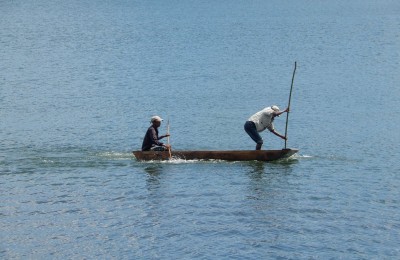