Natural Justice and Greenpeace Africa will, in due course, file a replying affidavit in the main application of the Wild Coast court case challenging Shell’s environmental authorisation to conduct seismic surveys along the coastline of South Africa.

At the end of 2021, various civil society organisations and Indigenous and local communities brought two court applications challenging Shell’s plans to undertake seismic surveys off the east coast of South Africa. This was an unprecedented moment as the Grahamstown High Court heard two cases in under a month, both calling for urgent interdicts to stop Shell’s planned activities.

Natural Justice believes that Shell and other companies should not be exploring for oil and gas and nor should the South African government allow it. The world is in crisis and the latest IPCC reports make clear: we are surpassing the 1.5 degree increase in global temperature and this will spell disaster for all of us. The ongoing floods in KwaZulu Natal are just one of innumerable devastating examples of the increasing loss and damage caused by climate change.  No new oil and gas must be exploited due to the climate emergency and the need for a just transition to renewable energy; not anywhere and not for the benefit of any country or company, regardless of whether energy shortfalls need it. South Africa is no exception.

Unfortunately, oil and gas exploration has moved offshore. Corporations’ drive for fossil fuels knows no bounds. The ocean is a vast and fragile ecosystem, boundless and interconnected. Already sea temperatures have increased, and mass stranding events, die-offs and other calamities are affecting ocean species. Our oceans, and the local communities who live in harmony with them, must be protected from the unrelenting attack on its systems and species.

Court case one (Border Deep Sea Angling Association and others)

In November 2021, Shell made its announcement that it would commence seismic surveys off the wild coast, covering an area of about 6,011km2 between Port St Johns and Morgan Bay. By 29 November, the first court application was filed – an urgent interdict. Natural Justice joined Border Deep Sea Angling Association, Kei Mouth Ski Boat Club and Greenpeace Africa as applicants (represented by Cullinan & Associates) in arguing that there would be irreparable harm to the environment if the surveys went ahead.

This case was not successful, with the judge finding that we had failed to convince him of the harms and that, given financial and other prejudice to Shell if the seismic surveys were delayed, the “balance of convenience” was in Shell’s favour.

While this was a big blow, favouring industry profits over environmental health, a second court case was unfolding, this time on behalf of the Amadiba, Cwebe, Hobeni, Port St Johns and Kei Mouth communities – all communities with a deep spiritual connection to the ocean.

Court case two (Sustaining the Wild Coast NPC and others PART A):

This second application was brought by the Legal Resources Centre (LRC) and Richard Spoor Attorneys, supported by Natural Justice, Cullinan & Associates and others. The application was split into two parts (part A and Part B):

Part A was an urgent interdict to stop the seismic surveys from continuing until the merits of Part B of the application can be heard. Part B is the ‘larger’ court case. In this case, arguments will be heard that Shell cannot lawfully go ahead, and that seismic testing would violate key constitutionally protected rights.

Part A was successful, and, on 28 December 2021, the Grahamstown High Court ordered Shell to stop the seismic surveys. Shell has been interdicted pending the finalisation of Part B of the application.

Due to the similarities between the two court cases, Greenpeace and Natural Justice have applied to join the Sustaining the Wild Cost NPC case in order to argue Part B before the court. This is called a joinder application. The joinder part of the application will be heard at the same time as the larger court case.

A summary of the legal issues in Part B

In 2013, Shell developed an Environmental Management Programme (EMPr) in terms of the Mineral and Petroleum Resources Development Act (MPRDA) for the seismic surveys. However, Shell did not conduct an environmental impact assessment (EIA), nor did Shell obtain an environmental authorisation in terms of the National Environmental Management Act (NEMA). The same company that prepared the 2013 EMPr completed an audit of the EMPr in 2020, but it will be argued, this audit did not include any of the scientific research on the harmful impacts of seismic testing published between 2013 and 2020.

The following arguments will be brought by Natural Justice, before the judge:

Legality of conducting a seismic survey without an environmental authorisation

The EMPr that Shell developed is outdated and contains significant information gaps. These gaps include the harm to the environment and gaps regarding information on the impact of the surveys on communities’ rights. The EPMr and audit contain no consideration of the cultural, spiritual, or heritage issues relating to the ocean. The sea, its sand and its species are held in reverence by the different communities along the coast. The case will argue that none of the mitigation measures proposed in the EMPr address, mitigate or minimise the harm to these cultural, spiritual, and heritage rights linked to the communities and the Wild Coast of South Africa.

“The sea is also a mystical place to me, a place where our ancestors reside and a place of prayer. I believe that there are many problems that can be solved by the sea. Not only myself, but our community as well. Some view the sea as a place of worship and congregate as churches on the shores.” – Community applicant, Ntsindiso Gerald Nongcavu, Port St Johns, Eastern Cape Environmental Network.

Shell argues that it consulted all communities along the affected coastline by meeting with a representative of three traditional kings in the Eastern Cape. However, the three kings who were consulted do not represent all communities that will be affected by the seismic surveys. Furthermore, Shell did not abide by the terms of the agreement it made with the kings. In fact, none of the affected communities were engaged with in the preparation of the 2013 EMPr or the 2020 EMPr audit.

We were surprised as a community that the Minister of Mineral Resources and Energy would grant an exploration licence to Shell, or any other company, without consulting us. Knowing how important the ocean is to us, and the fact that we hold rights to fish, we expected him or his department to engage with us. This did not happen. – Saziwe Maxwell Pekayo, Kei River, member of a local Co-operative, Kei Mor Fisheries

The ocean is our common heritage

This court case is extremely important. The civil society organisations and communities who are part of it are acting for the collective good of both people and the vast array of species and the ecological and spiritual systems in the ocean – many of which we cannot predict or easily understand.

South African authorities have already awarded reconnaissance permits and exploration rights for extensive portions of the country’s coastlines, and many of these permit holders have attempted to begin testing without adequate public participation and without proper environmental authorisations.

The concern is not wholly the seismic surveys themselves, although their impacts on marine life are bad enough, but what comes after. Oil and gas extraction rigs dotted across our waters. Further noise and pollution*. The oil spills across the world over, from the United States and Mexico, to Nigeria, show the devastating impact these extractive industries have on nature and humankind. These impacts must be clearly understood before any extraction takes place – although maybe if we acknowledged them better, we would not allow oil and gas extraction – ever again.

The ocean is boundry-less: what happens in one part will affect what happens in another. For our collective future, we need to protect the ocean from oil and gas extraction. The court case exploring Part B will set the legal framework for future exploration, ensuring that proper Environmental Impact Assessments take place, that people are properly consulted, and their concerns considered, that the heritage and cultural impacts are considered and that companies work harder to earn the right to explore our coastline.

*A recent article states that, “A review in 2013 found that expenditures on seismic surveys were increasing at nearly 20% a year, more than $10bn annually, capping two decades of rapid growth. The Covid-19 pandemic briefly slowed this rise, but demand for more surveys will probably surge as oil prices rise.” 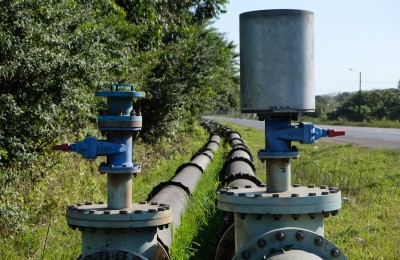 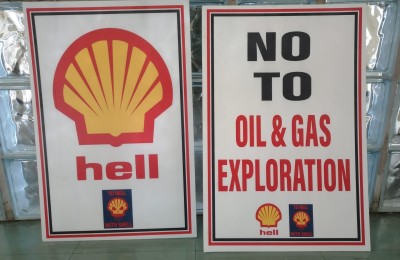 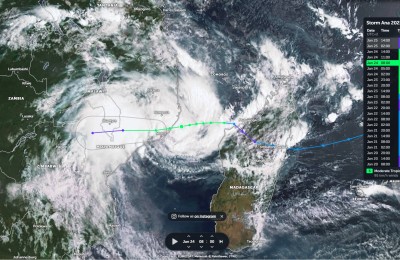 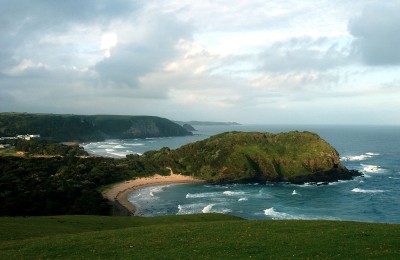