The 2020 update on the African Environmental Defenders Fund

In December 2019, Natural Justice, together with the International Land Coalition (ILC), launched the African Environmental Defenders Fund. The Fund’s objective is to support ILC-affiliated land and environmental defenders facing threats that place the defenders in a position where they require emergency support. The Fund is administered by a team within Natural Justice, as well as an external committee made up of five members. These committee members have regional experience and include a representative of an indigenous community.

The committee is tasked with considering the applications for emergency support. They assess whether the application meets the relevant criteria and will make a decision based on the evidence provided by the applicant. The committee’s target is to complete the decision-making process within 48 hours in order to be able to meet the emergency needs of the defender. The existence of the Fund is communicated via email, the website and social media channels.

Although it is only September, the Fund has been approached many times since March 2020, when we received our first application. We can now report on the trends in the applications over the past six months and the outcomes of these. We are also now in a position where we will be seeking more funding to support African defenders.

The applications for funding

Up until the 18 August 2020, we received a total of 15 applications from across Africa. Of the 15 applications, most were from Kenya. This is not unusual, as Natural Justice and the ILC have strong networks in the country. Furthermore, Kenya itself has witnessed many recent developments impacting on communities. For example, there have been evictions of Sengwer and Ogiek communities from indigenous forests over the last two months, instituted by the Kenya Forest Services, leading to significant threats, arrests and human rights violations.

Of the 15 applications, five were declined for two overarching reasons: in three cases, the defenders were not affiliated to an International Land Coalition member and neither were the defenders recommended for support by an ILC member. In the other two cases, there was no demonstration of an imminent threat to the defender and in one case, the defender had already secured assistance from others.

A key feature of some of the applications was that, while some were applications on behalf of one defender and their family, others were for a collective of community members. Hence, even though we approved 10 applications, the Fund was able to assist a larger number of people.

In total, the Fund has provided just over USD 30 000 for the defenders.

Nature of threats to defenders

The nature of the threats to the applicant defenders are listed below. The threats are mostly physical, related to arrests, arbitrary detention and evictions, but some of the applicants faced digital threats, stalking and harassment.

Natural Justice has learned extensively from this initiative. It has allowed us to provide immediate support to secure the life and freedom of defenders across Africa. Because environmental and land defenders play a crucial role in securing the future of the planet, the African Environmental Defenders Fund is currently providing the means to secure activism and the defense of nature. We will continue to expand this initiative into the future.

The work of African defenders, as well as the threats they face, are underreported worldwide. Through coalitions, our community partners and through our own advocacy, we hope to be able to expose more of the atrocities against defenders. When it comes to the data collection on defenders, we aim to ensure that African defenders are featured.

Natural Justice will be working to secure further funding, both for the ILC members, as well as for defenders who are not associated with the ILC. We will also be looking at further ways of supporting defenders: through legal empowerment, advocacy, digital training and through the development of a network of African lawyers. 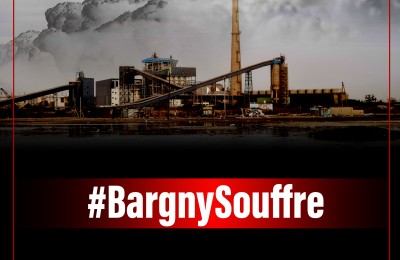