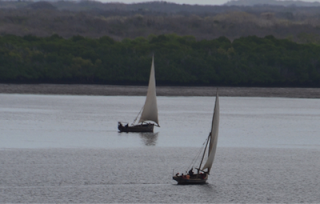 The Siu community in Lamu, Kenya, have taken the step of developing and signing a petition, presented to the Kenyan National Assembly on 21 June 2012, on the irregular allocation of land in Lamu.

The petition, signed by 294 members of the Lamu community states:

“We, the undersigned citizens of Kenya who are residents of Siu Town in Lamu and squatters, draw the attention of the House to the following:

That aware that a committee with a membership of seven people was established in Lamu; whereas the committee was created to facilitate land re-settlement of all landless people in the area, on the contrary, the committee has allocated most of the land to members themselves, their family members, relatives and friends as well as foreigners at the expense of more than 300 residents who are landless;

whereas the committee was to facilitate the landless to be resettled, there has emerged an agency operating for rich people from Lamu and other areas willing to buy land from the region at some fee;

whereas the land from Kwang’ombe Area which is within Siu Location was allocated to Rasini residents of Faza Locations and such complaints were made to the office concerned, but nothing has been done to date.

Therefore, your humble petitioners pray that Parliament and the Committee concerned, investigates the matter with a view to establishing genuine squatters and issuance of title deeds in an equitable manner to the residents and cancellation of all title deeds which have been irregularly issued and your petitioners will ever pray.”

Submission of the petition encouraged discussion within the Assembly, with recognition by members that the people of Lamu need protection from land speculators.