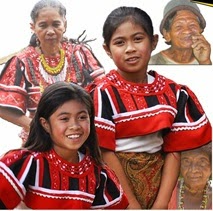 Indigenous peoples’ and community conserved territories and areas (ICCAs) are gaining significant ground in the Philippines, with the hosting of the second national ICCA conference from 21-22 October in Pasig City. Following a successful first national conference in early 2012 and the 2013 launching of the Philippines national ICCA consortium (known as “Bukluran”), this conference had around 200 participants, most of whom were Indigenous representatives from across the country.
The conference was opened by welcoming remarks of Honourable Leonor Oralde-Quintayo (Chairperson of the National Commission on Indigenous Peoples), Amelia Supetran (UN Development Programme), and Honourable Teddy Baguilat (Representative of the Philippine Congress), among several others. After a presentation by Dr. Theresa Mundita Lim (Director of the Biodiversity Management Bureau, BMB) on the status of national recognition of ICCAs, Holly Jonas (Natural Justice and the ICCA Consortium) provided an overview of global developments on ICCAs, including from several other countries and in international law and policy.

A range of presentations from Indigenous peoples’ representatives, tribal leaders, and support organisations addressed impacts of ICCAs in the Philippines (including peace-building, revival of cultural traditions, protection of sacred sites, and innovative financing), governance challenges, and harmonisation of ICCAs with other laws, policies and programmes (particularly the 1997 Indigenous Peoples Rights Act and ancestral domain titles and plans provided therein). The conference concluded with statements of commitment from several international agencies and the enthusiastic adoption of a resolution in support of the draft ICCA Bill currently with the Philippine House of Representatives.
The conference was hosted by BMB, together with the Philippine Tropical Forest Conservation Foundation, the Protected Area Management Enhancement Project of the German Federal Enterprise for International Cooperation (GIZ), and the New Conservation Areas in the Philippines Project (NewCAPP).