The ASSEGAIA Alliance launched its landmark Declaration for the Protection of Sacred Natural Sites on January 21st at Davos BlockBase during the 2020 World Economic Forum.

At this critical turning point for the planet, the Declaration calls on governments, the United Nations, inter- national organizations, and private sector companies to place the regeneration of living Earth at the centre of all decisions affecting Sacred Natural Sites. This represents a seismic shift in how Earth’s most sensitive biosystems are protected, prioritizing the sacredness of Nature above human demands and expectations.

In addition, the Declaration offers a new template for preserving the integrity and health of Sacred Natural Sites. This includes a “no-go” zone at the heart of the site and a buffer zone surrounding it for ecologically sensitive activities, including regenerative agriculture, connective experiences with Nature, and educational heritage centres. These activities are guided by the biocultural rights of Spiritual Guardians (whether hu- man and/or sacred animals) whose purpose it is to protect, conserve, maintain, and restore Sacred Natural Sites.

The ASSEGAIA Declaration has been informally presented at key international conferences including the Convention on Biological Diversity (Nairobi); the UN Climate Summit (New York); and The Climate COP (Spain). It will also be presented this year at the IUCN World Conservation Congress (Marseille) and the Convention on Biological Diversity COP (Kunming).

The Declaration was drafted by ASSEGAIA, an international alliance of indigenous leaders, scientists, conservationists, environmental lawyers, Spiritual Guardians, human rights experts, and global NGOs, at a conference in South Africa in 2019. Held in White Lion ancestral territories, the event was produced in partnership with ASSEGAIA Alliance members One Ancient Future, The Global White Lion Protection Trust, Le Ciel Foundation, and EVOL Foundation. The White Lion territories is one of ASSEGAIA’s founding Sacred Natural Sites in the UNESCO Declared Kruger-to-Canyons Biosphere.

The purpose of the Alliance is to identify Sacred Natural Sites across the planet needing urgent protection, to fast-track their protective status through application of international rights of Nature, and to raise finan- cial support for these efforts. Since its founding in August 2019, ASSEGAIA has already advanced global legislative processes to protect its two founding Sacred Natural Sites under the Protected Areas Act of local legislature in South Africa. 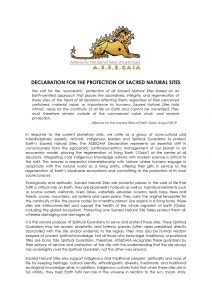 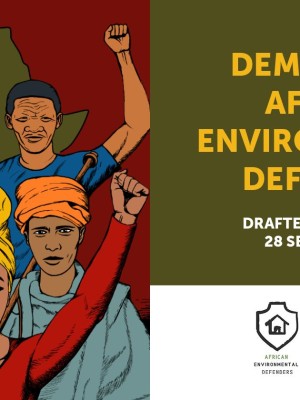 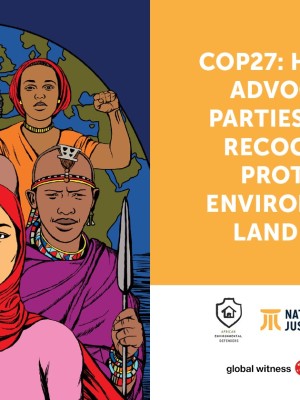 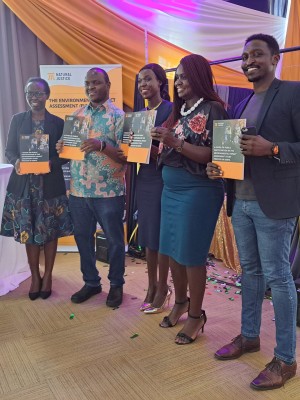