The construction of Lamu Port continues without pause, despite a Kenya High Court’s judgment that its planning and construction is violating the rights of Lamu residents.

In its seminal judgment on 30 April 2018, the High Court ruled that the Government of Kenya has permitted gross violations of law and people’s rights in the ongoing port planning and construction process.

On Wednesday 29 May 2019, the Court of Appeal will hold an initial hearing on the appeal filed by the case’s respondents, Kenya Ports Authority. [Editors note: this was postponed]

The Malindi High Court’s 2018 judgment affirmed Kenyans’ rights to a clean and healthy environment and participation in the planning of development projects that will affect them. Notably, the judgment awarded compensation for the fisher community’s lost livelihoods. It also avowed the role of regulatory authorities in ensuring these rights are upheld.

Lamu Port, currently planned for 20 to 32 berths, is one component of the Lamu Port South Sudan and Ethiopia Transport (LAPSSET) Corridor Project. If implemented, the mega project would cost an estimated USD $23 billion and diagonally bisect the country. Most components are still in early planning and financing stages, years behind original schedules.

In 2012, as port planning proceeded, Lamu resident petitioners filed a complaint on behalf of a broader Lamu community affected by the project, including fishers and indigenous communities, who have for generations depended upon and sustainably managed their land and marine natural resources.

For six years, the case proceeded as Petition 22 of 2012 Mohamed Ali Baadi and Others vs the AG and others. Respondents were the Attorney General; Cabinet Secretaries of Environment, Land, and Housing, Transport and Infrastructure; Kenya Ports Authority; and the National Environmental Management Authority.

In its extensive and detailed 109-page judgment on 30 April 2018, the Malindi High Court affirmed the communities’ grievances regarding the Lamu Port project’s lack of public participation, lack of environmental assessment and management plans, and failure to recognize and take into account the fisher community’s traditional fishing rights. It also affirmed citizens’ rights to protection of their cultural identity and to a clean and healthy environment.

The High Court ordered a review of the project’s Environmental Impact Assessment (EIA) licence, development of a Strategic Environmental Assessment, a robust public participation plan, reassessment of the environmental and social externalities of the project, replanting of mangroves, a comprehensive cultural heritage protection plan, and direct compensation for fishers. All legal expenses were to be reimbursed to the petitioners.

The compensation awarded to the Lamu fisher community is a notable recognition of their rights to sustain their livelihoods and the natural resources upon which they depend. USD $17 million is to be distributed to approximately 4600 fishers, a number determined by Kenya Fisheries, with additional compensation to be calculated. 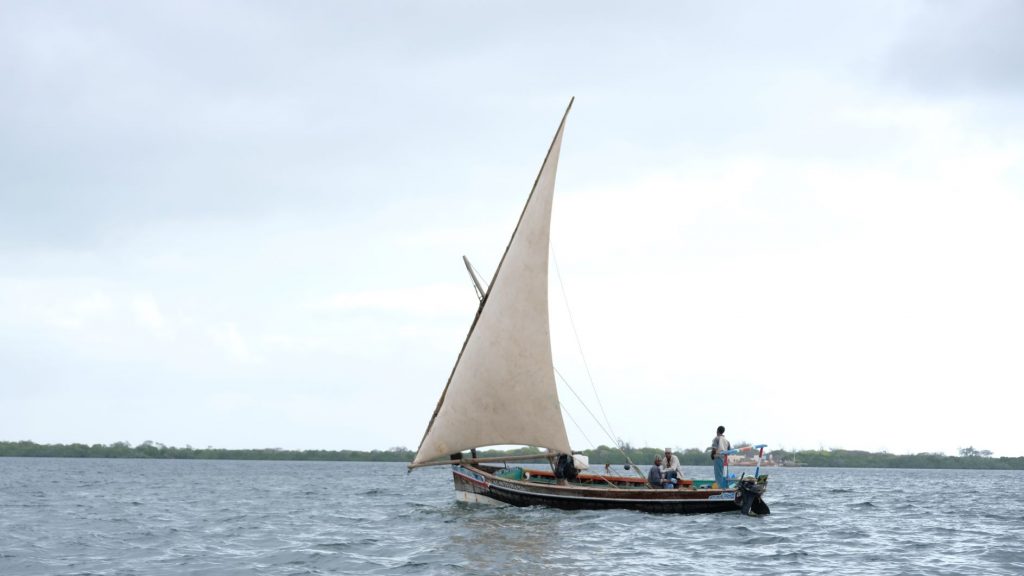 Following the judgment in April 2018, the respondents had six-months to one-year to implement the detailed remedies outlined in the judgment. However, the main respondent — the Kenya Ports Authority (KPA) — filed a Notice of Appeal on the grounds that, “the judges of the lower court gave orders which had not been pleaded.”

At the six-month point,  the KPA successfully obtained orders from the Court of Appeal suspending the implementation of the judgment. Consequently, despite the judgment, the Lamu Port construction continues unaffected by the decision, dashing petitioners’ expectations of seeing the project proponents take tangible steps to implement the court’s judgment.

According to the LAPSSET Authority and news sources, despite delays, the first three berths will reach completion and become operational before the end of 2019.

While the LAPSSET Authority and Kenya Ports Authority had promised compensation to some landowners, in the Kililana area, outside the designated LAPSSET area, farmers have been displaced by the project’s access roads. The displaced farmers have lodged successive complaints regarding the loss of their livelihoods and are pursuing litigation.

If properly implemented and enforced, the judgment has the potential to set new standards that affirm communities’ rights to public involvement in shaping all projects under current and future developments.

Coming at a critical time in Kenya’s economic development plans, the judgment could have wide-ranging effects on public-private infrastructure project development, particularly with regard to regulatory authority roles and public involvement.

A spate of proposed infrastructure projects is in development across Kenya. These plans for “industrialization” are a stated top priority for the national government, although planning processes are regularly subject to delays, lack of transparency, as well as community skepticism and dissent.

In affirming the Lamu communities’ rights, this High Court decision creates an opportunity for new public involvement in shaping the LAPSSET project in ways that will mitigate harm and benefit those affected.

The judgment itself was a strong first step towards ensuring more responsible and beneficial infrastructure projects to come. However, the appeal process is likely to be protracted.

Outcomes for the Lamu communities, and the case’s broader significance will largely be determined by whether the judgment will be upheld by the Court of Appeal and how the judgment will subsequently be implemented and enforced.

The petitioners, Save Lamu, Natural Justice, and Katiba Institute intend to defend the judgment rigorously, work collaboratively to strengthen the Lamu communities’ ability to engage in the process, monitor implementation, and support the enforcement of the decision.

Affected communities continue to argue that sustainable development requires respecting the public’s right to a clean and healthy environment and meaningful public participation.