During the week of 18-25 July 2022, Natural Justice attended the Africa Protected Areas Congress (APAC) in Kigali, Rwanda, to highlight the issues of land rights abuses in Africa. APAC was the first continent-wide gathering of African citizens, leaders and interest groups to focus on the role of protected areas and the urgency of promoting sustainable development while conserving Africa’s cultural heritage.

With presenting the two following cases at APAC, of ReconAfrica in Namibia and Botswana and the evictions of the Maasai in Tanzania, Natural Justice hoped to emphasize the importance of respecting indigenous land rights. Indigenous people have been custodians of their land for centuries, and yet their right to do so continues to be affected by environmental and human rights abuses. The Kigali Call to Action for People and Nature, presented at this first APAC, seeks to address these issues by promoting indigenous rights-based conservation.

RECONAFRICA IN NAMIBIA AND BOTSWANA

The Okavango Basin is one of the most biodiverse habitats in Africa. Present in parts of Angola, Namibia and Botswana, it provides water for more than 1 million people. Canadian oil and gas company, ReconAfrica, is involved in oil and gas exploration within the Namibia and Botswana areas of the Basin. According to a 2019 investor presentation, ReconAfrica’s goal is to drill hundreds of wells in the Kavango region through a 25-year production license.

Around 200,000 people living in Kavango East and Kavango West will be affected, including the indigenous Kavango and San communities. The local communities livelihood’s depend on farming, fishing and tourism. ReconAfrica’s exploration poses a threat to their livelihoods, to the waterways that they rely on and to the well-being of their environment. Notably, ReconAfrica’s seismic surveys have impermissibly affected land within conservancy boundaries, contradicting the purpose of conservancies as land protected by and for the local people. These areas are managed by local conservancy groups, and are meant to be protected ecological spaces.

The Environmental Impact Assessment (EIA) and Environmental Management Plan (EMP) completed by ReconAfrica had promised the Namibian government and the Kavango and San communities that no new cutlines would be made into the wilderness and that all survey lines would follow existing clearings. ReconAfrica’s 2D seismic surveying involves a large truck repeatedly thumping heavy weights on the ground, which creates enough energy to record sound waves that are then translated into subsurface images.

Despite the promises made in the project documents, there have been reported violations of land rights and damage to the environment and surrounding communities. The thumping has caused permanent structural damage to nearby homes, and ReconAfrica has violated their original Environmental Clearance Certificate (ECC) by thumping within 30 meters of homes and fields and by cutting new roads without proper informed consent. After ReconAfrica’s work was done, community members affected by the thumping reported that they were made to sign documents without any explanation.

A seismic survey in the George Mukoya conservancy near Cumagcashi village led to bush and tree clearing into the conservancy, which was completed without prior consultation or consent by affected community members. Also, soon after the ECC was granted, ReconAfrica announced their intention to cut 22.5 km of new cutlines through untouched Kavango forest, a decision going directly against their previous plans and promises.

On 13 September 2007, Namibia adopted the United Nations Declaration on the Rights of Indigenous Peoples (UNDRIP). UNDRIP addresses the human rights of indigenous peoples, and a central part of the declaration is that states must obtain informed consent from the community before any project commences that affects a community’s land or resources.  This right has been ignored by ReconAfrica at every step of their seismic surveying. Some community members reported hearing about the development on their lands for the first time on the radio or over social media.

The Committee on Economic, Social and Cultural Rights also recommended in 2016 that Namibia ensure “the respect of the principle of obtaining free, prior and informed consent in development projects.” ReconAfrica did not provide a meaningful opportunity for affected community members to be heard and to share their views, and, it has been reported, has continued to avoid open discussion. Therefore, the people of the Okavango Basin have not been afforded their right to consultation regarding their land rights, and they are now suffering the consequences of ReconAfrica’s actions.

EVICTIONS OF THE MAASAI IN LOLIONDO IN TANZANIA

Maasai ancestral land has been manipulated and reduced through colonial powers. Today, an estimated 430,000 Maasai live in Tanzania, which is where the greater part of their lands are concentrated.

The Maasai people have lived as pastoralists in Loliondo in Ngorongoro District, northern Tanzania for centuries. After months of threats from the government, about 700 police, park rangers, military and private security forces came into Loliondo on 7 June 2022. Once on Maasai territory, the troops began to place markers on 1,500 km² of land to delineate the area that they plan to evict the Maasai from for the creation of a game reserve. The game reserve is for the United Arab Emirates (UAE)-based Ortello Business Corporation, which organizes trophy-hunting trips for the UAE royals.

To create the game reserve, around 70,000 indigenous Maasai are at risk of being displaced from Ololosokwan, Oloirien, Kirtalo, and Arash villages. To protect their ancestral land rights, thousands of Maasai have been protesting against their eviction. On 9 June, the Maasai removed the land markers and remained in the area overnight to stand guard. The next morning, the troops returned to fire live bullets and deploy teargas at the Maasai protestors. By 12 June, grassroots organizations supporting the Maasai had reported at least 31 serious injuries as a result of the ensuing violence.

The Tanzanian government has completely ignored the land rights and human rights of the Maasai in their desire to create the game reserve. In 2018, the East African Court of Justice issued a court injunction preventing Tanzania from harassing or evicting the Maasai from their land. On 25 May 2022, before the forced relocations, Maasai communities submitted a comprehensive report to the Tanzanian Prime Minister on how the 1,500 km² of land should be used, but no response or meaningful discussion followed, and the arrival of the troops was ultimately unexpected and unwanted.

The United Nations Declaration on the Rights of Indigenous Peoples (UNDRIP) was created in 2007 and states,

“Indigenous peoples shall not be forcibly removed from their land or territories. No relocation shall take place without the free, prior and informed consent of the indigenous peoples concerned and after an agreement has been reached on just and fair compensation and, where possible, with the option of return.”

The United Nations Permanent Forum and other indigenous rights organizations have urged Tanzania to comply with their commitments under UNDRIP. The evictions have also led to numerous human rights abuses such as beatings, indiscriminate use of firearms, ransacking of homes, and the arbitrary arrests of protestors, ward councilors and district chairpersons. More than 2,100 Maasai community members have escaped to Kenya to avoid further state violence and to seek medical care without fear of arrest. On 13 June, the African Commission on Human and Peoples’ Rights (ACHPR) condemned the violence and urged the Tanzanian government to immediately stop the evictions and begin an independent investigation on the human rights violations committed.

During the violence, a Maasai woman was quoted as saying, “Why don’t Government allow us to continue protecting our land rather than give it to investors? Our plea is that Government should leave us to be custodians of our land. We want our cry to be heard and our constitutional rights to be respected. All funders should stop funding these criminal injustices being perpetrated on our lands.” 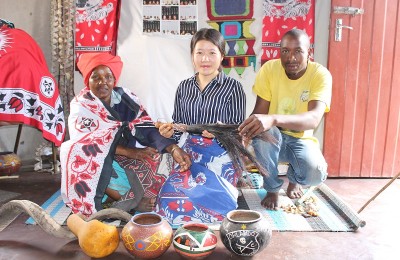 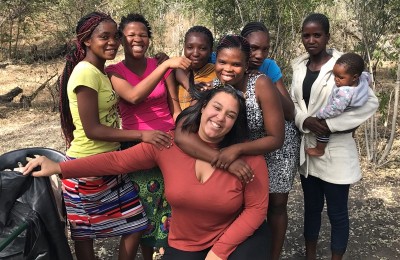 Reflections on an Internship with Natural Justice 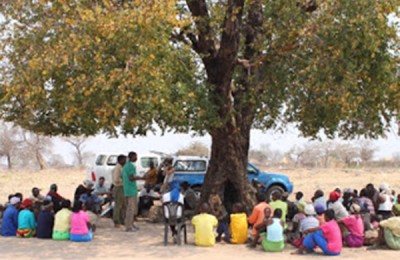 Biocultural Community Protocols and the Future of Conservation 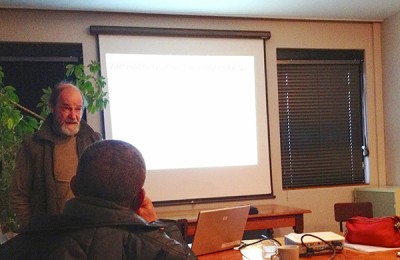 The Origins of the Khoekhoen in Southern Africa 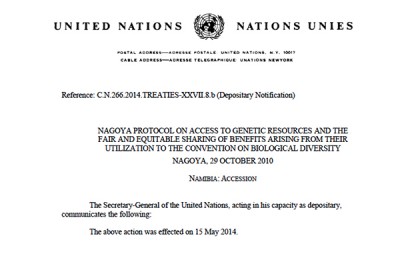 Namibia Accedes to the Nagoya Protocol